Buying your first car is arguably the most exciting thing about passing your driving test, but it can also be a daunting experience especially because it's something you've never done before. It's likely that you're going to be spending more money on your first can than most things in your life up to this point, so you want to make the right choice.

What Should I Be Looking For In A First Car?

As a new driver, there are a number of criteria you should take into consideration when choosing your first car:

Unfortunately, when you're a new driver insurance is going to be one of your biggest costs. You should look for a vehicle from the lower insurance groups (1 - 10) in order to keep the costs as low as you can. These tend to be smaller cars with smaller engines.

Until you start to accrue no claims discounts, it's best to limit yourself in terms of the models you're considering in order to cut costs. Generally, a lack of experience is the main cause for insurance premiums to be so high. As a result, it might be worthwhile to consider having a black box fitted to your vehicle.

These devices measure how you drive and pass the information on to your insurer. If the information recorded demonstrates that you're a safe driver who sticks to the speed limits, brakes gently and handles corners well, your insurer will be in a position to offer you a discount.

Picking a car with a small engine (less than 1.4-litres) is likely to place it in the lower insurance groups which will help to reduce the cost of your premium.

By restricting your search to engines of this size, you'll almost exclusively be looking at petrol cars which is something we would recommend for new drivers anyway.

Price is always a major factor when it comes to buying a car whether it's your first or your tenth. You should try to look for a balance - ideally, you don’t want to spend too much and have to worry about every knock and scrape that can happen through inexperience; nevertheless, you shouldn't sacrifice the safety features available in newer cars.

A budget of around £5,000 is often a good starting point. If you have more to spend you can look at newer versions of your preferred model. If you have less money available you could always consider finance options so that you can drive a slightly better car than your cash budget allows.

Typically, new drivers find they are better off with a petrol car because a lot of the cost-saving benefits of diesel fuel can only be gained by predominantly completing motorway journeys - something you're unlikely to be doing a lot of in your first car.

New developments such as stop-start technology can help you save fuel because it stops the engine running whilst waiting in traffic. Generally, smaller engines are more economical and fuel efficient, meaning you spend less money filling up.

When you're new to the road, having a car that's easy to drive can make a world of difference. Read and watch reviews from experts and owners of models that you're interested in. Specifically look out for phrases such as ‘light steering’, ‘good visibility’ or ‘responsive engine’.

These all point to a car that responds well and works the way you expect it to which will help to build your confidence behind the wheel.

We've factored all of these considerations into our list of the best first cars for new drivers:

The Ford Fiesta is the UK's best selling car because it offers a great range of safety and entertainment technology without being too expensive. Depending on your budget, you can pick one up for as little as £200; however, if you want a car that benefits from recent technology, '15' Plate Fiestas are available for around £6,000.

As a result of its popularity, there are thousands of used Fiesta cars for you to choose from making it easier for you to find one that has the specification you want. Its range of economical engines start with a 1.0-litre version with most models sitting in insurance groups 6 - 12.

The innovative MyKey system, which was introduced in 2012, allows parents to limit the maximum speed of the car and restrict the stereo volume. All Kia models come with a seven year warranty as standard from new which is transferable when the car is sold to a new owner. Therefore, if you buy a used model that is only three or four years old, you will benefit from the remaining warranty.

Introduced in 2004 to the UK market, the Picanto has established itself as a very capable city car. In 2011 and 2017 it received some sportier design upgrades to make it more appealing to a younger audience. Predominately sitting in insurance groups 2 -4, the 1.0-litre (65bhp) petrol engine is the most popular choice.

Mechanically, the Picanto is very similar to the Hyundai i10 with which it also shares plenty of technology including Bluetooth connectivity, air conditioning and electric windows. 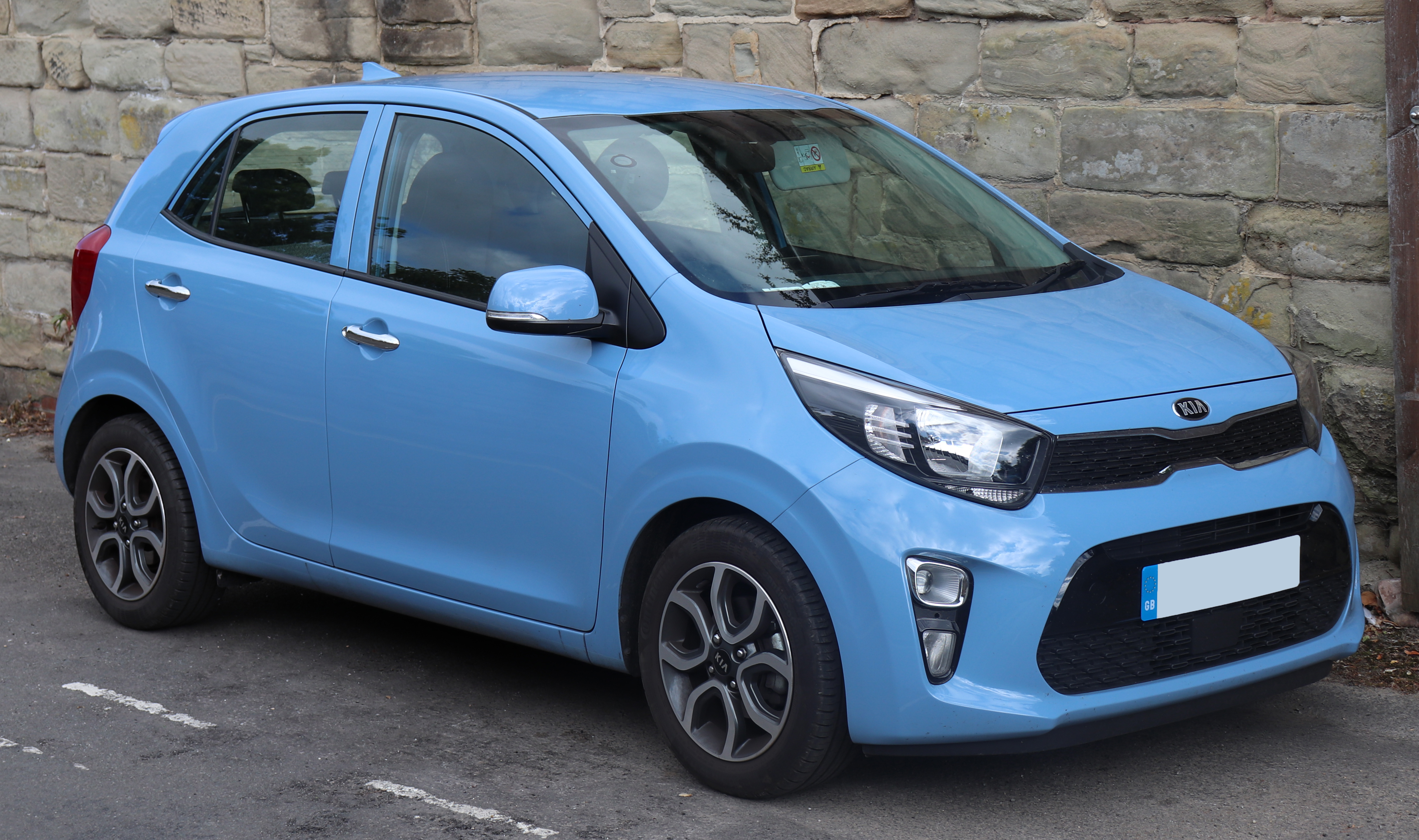 The Toyota Aygo, Peugeot 108 and Citroen C1 are all built using the same platform so the finished products are all very similar. As compact cars they all provide excellent handling, especially around tight city streets; their smaller dimensions make it much easier to get into spaces with plenty of room to maneouvre.

What sets them apart from other cars in this list particularly is the level of personalisation available from new. This means that there are some funky used versions available that could really reflect your personality.

Certain trim level and engine combinations are in insurance group 1, so you could be looking at the cheapest insurance premiums possible. The Aygo has a five year warranty from new compared to the standard three year warranty that comes with the 108 and C1. 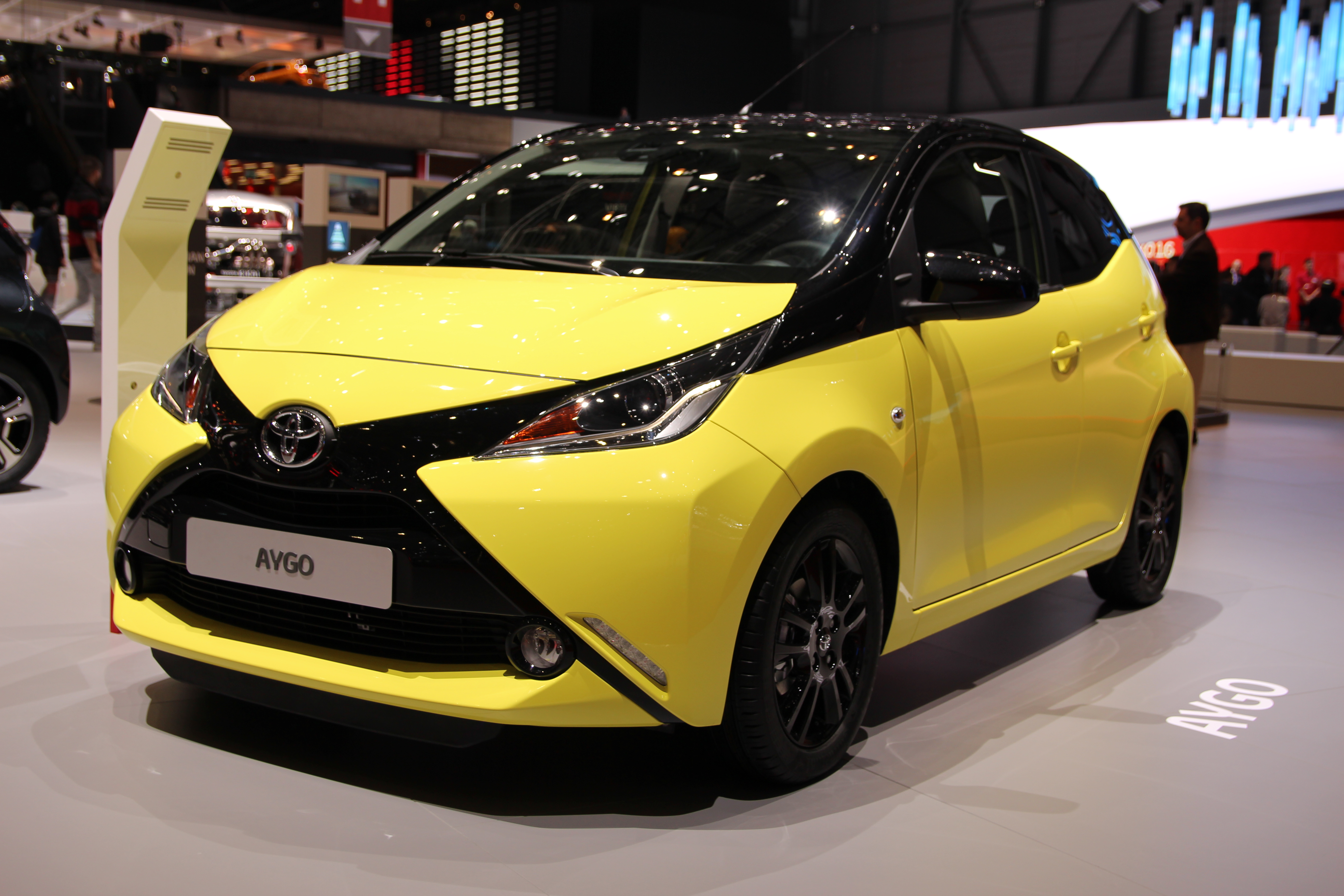 One of the most expensive cars in this list, the Volkswagen Polo is renowned for its build quality, reliability and impressive refinement that gives it the ability to command high resale values.

Although it might not be the most exciting car to look at, it appeals to the image conscious new driver as a relatively affordable step into VW ownership. Introduced into the UK market in 1994, there have been six editions of the Polo with the most recent coming in 2018.

The typical German engineering under the bonnet and throughout the car provides frugal 1.0- and 1.2-litre engines as well as safety technology features that combine to put it in insurance groups 3 - 9.

The multi-award winning SEAT Ibiza recently scooped the WhatCar? 'Best Small Car 2018' award alongside the 'Best Supermini 2017' accolade from Auto Express. This car is certainly a looker with bold exterior lines that give it a sporty design that is also aerodynamically efficient to help fuel economy.

Models from 2015 are available from around £5,500 but if you have a smaller budget you can still pick one up for £2,000 or less. On the inside, it's spacious enough to transport five adults or a small family.

Typically, the Ibiza sits in insurance groups 5 - 13 depending on which engine and specification level you choose. Built on a Volkswagen platform, it receives a range of safety and connectivity technology. 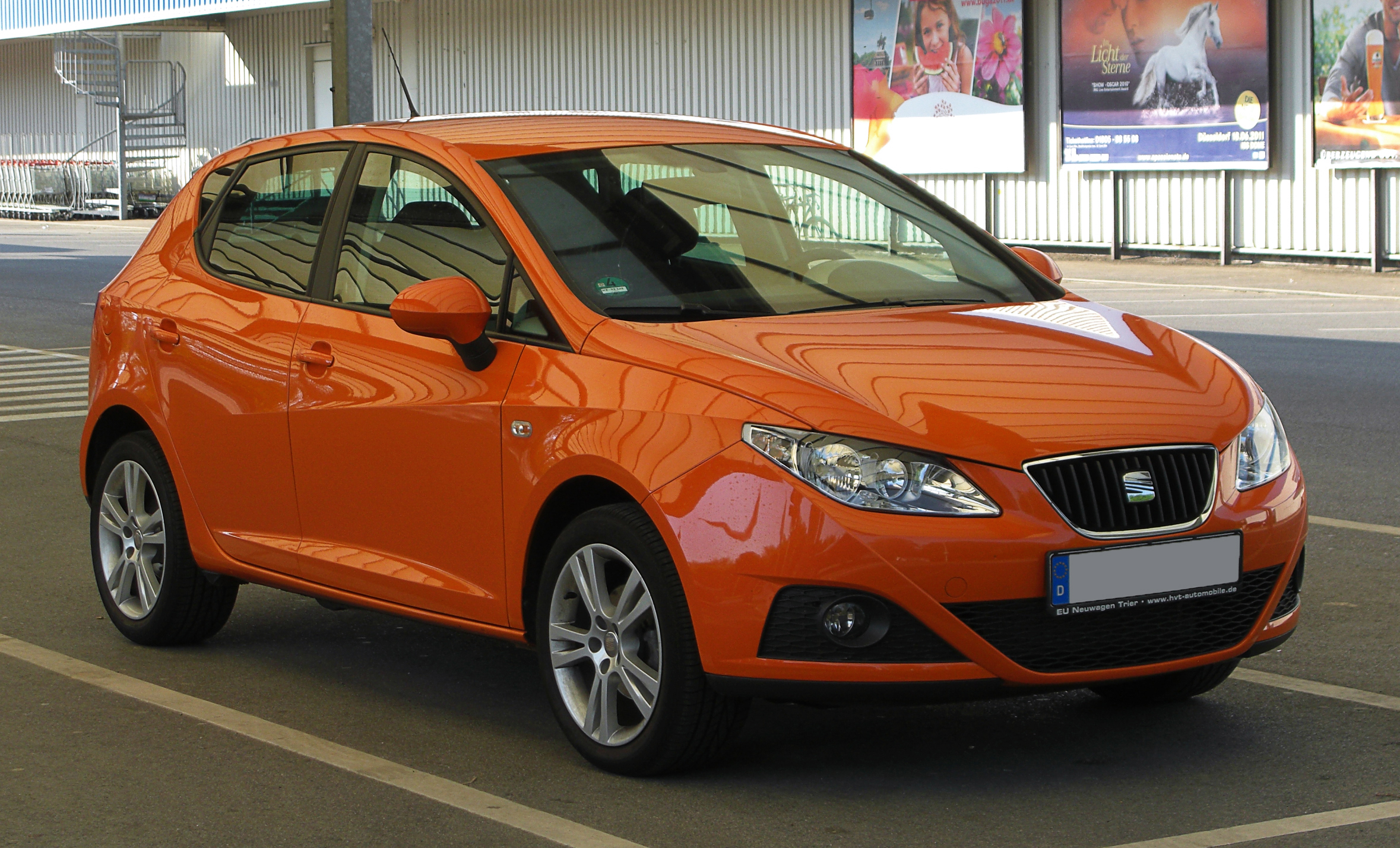 As the cheapest new car on the market, the Dacia Sandero has made quite an impression with many people opting for this budget friendly model. The interior isn't very refined (as you might expect for the price) but the mechanics are sound having been used in Renault models.

Since its inception in 2014, the Sandero has won the WhatCar? 'Best Small Car Under £12,000' award every year. It offers a lot of interior space for a smaller car and sits in insurance groups 2 - 10 largely thanks to its 0.9-litre petrol engine.

Despite only being in the UK since 2013, used models are becoming more readily available at very affordable prices. Top of the range models even come with a built-in sat nav system and Bluetooth connectivity. 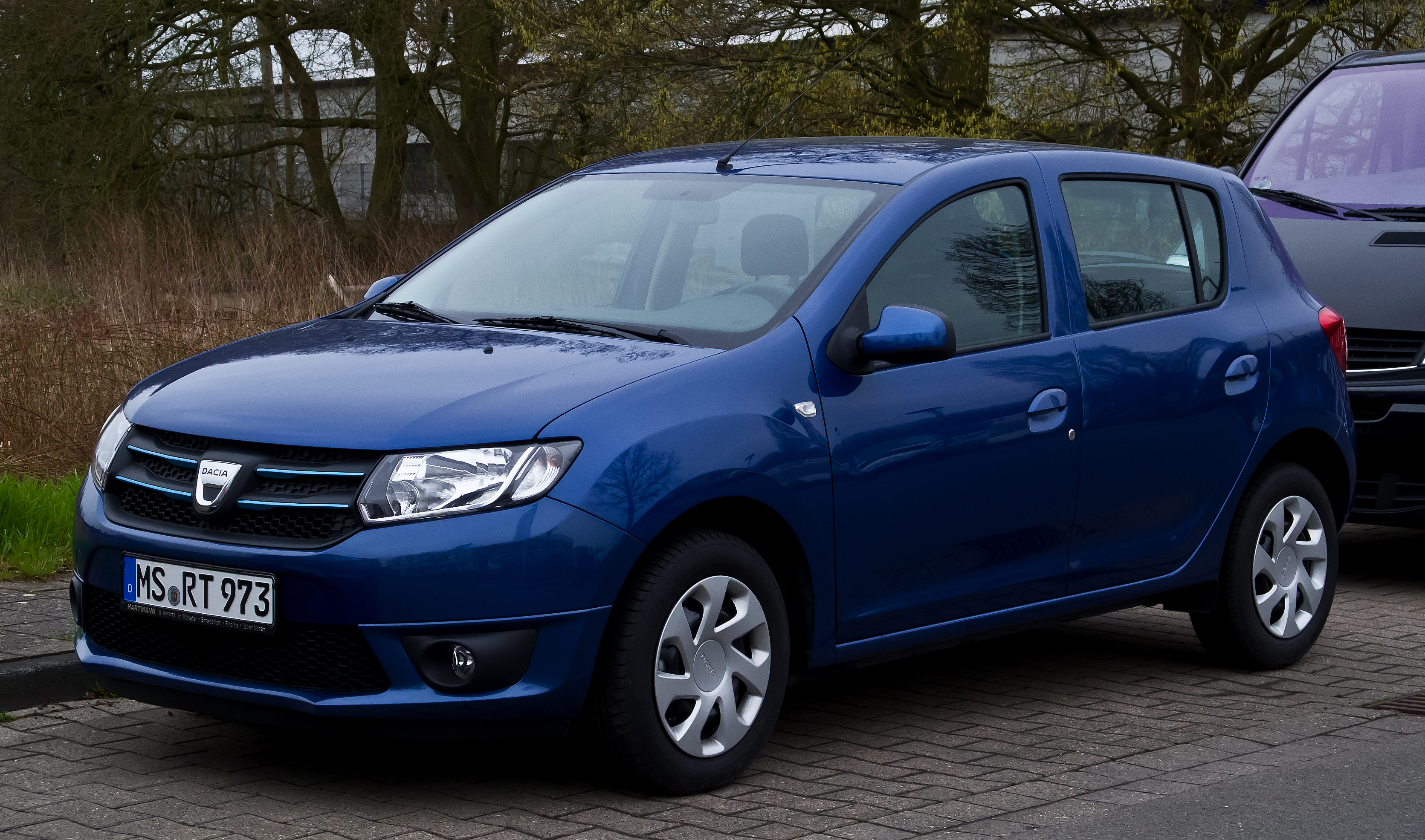 Just behind the Fiesta in terms of popularity, the Vauxhall Corsa is a firm favourite for UK drivers, especially as a first car. Universally praised by owners and reviewers for its practicality and affordability, this car is a feat of British engineering that is perfect for urban driving.

Available in three- and five-door options, you can find the perfect Corsa for you. It comes packed with technology ranging from the more standard Bluetooth connectivity all the way up to heated front seats on certain trim levels.

£5,000 will typically get you a model from 2010 with low mileage; however, because of its popularity, there are literally thousands of used Corsas to choose from.

The Nissan Micra has been in the UK market since the 1980s but recently received a radical new design in 2017 making it almost unrecognisable from previous versions.

It was also given a range of new engines starting with a 0.9 IG-T petrol version. The updated model is available in the used market from £9,000, but there are very few around in comparison to the older design.

Surprisingly spacious inside and easy to drive, the pre-2017 Micra typically sits in insurance groups 5 - 10 even in the higher specification models which add technology such a built-in satellite navigation.

Reintroduced into the UK market in 2007, the Fiat 500 has become the Italian manufacturer's flagship model. Stereotypically this car largely appeals to a female audience that can envisage it as a fashion accessory that is an extension of their personality.

It's a very capable city car with lots of variations available because Fiat has designed special editions to be released every year to try and increase its appeal.

As a first car, driving is easy and enjoyable thanks to its light steering and compact dimensions. The 0.9 TwinAir petrol engine is economical and it typically sits in insurance groups 6 - 12.