How Much Mileage Is Too Much For A Used Car? 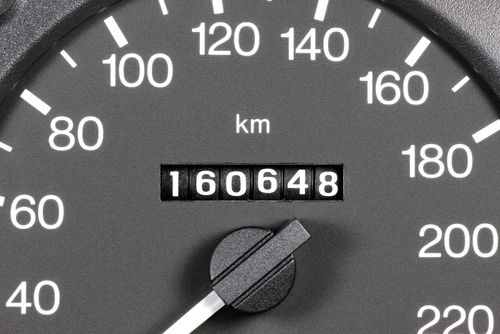 The average annual miles completed by a car in the UK has significantly reduced in the past 15 years. Recent figures released by the Department for Transport (DfT) show that cars travelled an average of 7,134 miles in 2017, down from the average of 9,200 miles driven in 2002.

Although the statistics indicate that we’re driving less, they actually suggest that we’re simply driving less per vehicle when you consider that there are more cars on the road than ever before.

Despite this, most people still tell their insurers that they complete 10,000 miles every year and it’s still considered normal to drive 12,000 miles in a year.

What Is Considered Low Mileage?

If we suggest that 12,000 miles per year is an average figure for all cars, it’s easy to work out what is considered low mileage. For example, a five year old car that has done significantly less than 60,000 miles could be marketed as low mileage.

Typically, used car buyers are looking for low mileage cars because they will have experienced less wear and tear and should have a longer lifespan.

What Is Considered High Mileage?

Using the same average mileage figure, a five year old car with significantly more than 60,000 miles on the clock would be considered high mileage. A high mileage car isn’t necessarily an old car – it could’ve been driven as a company car that completed around 30,000 miles a year.

In the past, a car with over 100,000 miles on its odometer would have been avoided by many used car buyers; however, it isn’t necessarily a bad investment.

What Is Good Mileage For A Used Car?

There’s no golden rule that says how many miles are too many for a used car. It’s not unusual to have a high mileage car that’s in better condition than a low mileage car because of the way they’ve both been looked after and driven by previous owners.

It’s likely that people who have been driving for decades have owned cars with over 150,000 miles without any issues (other than normal wear and tear), have also owned cars that didn’t make it to 60,000 miles before needing expensive repairs.

Therefore, a good mileage for a used car doesn’t really exist. What you should be paying particular attention to is the condition of the car, its servicing history and when important components (like the brake system and cam belt) have been replaced.

Having said that, if you’re looking to complete higher-than-average miles per year, you should probably be looking for a car with less than 150,000 miles on the clock.

Is The Build Quality Of Cars Getting Better?

According to Auto Express journalist Mike Rutherford, “the quality of cars today is so good that customers are keeping them longer”. He goes on to say that “in the 2000s-2010s [manufacturers] have been building cars better than they used to”.

The Department of Transport states that in the early 2000s, cars only averaged a lifespan of six and a half years. In 2017, official DfT statistics reveal that the average age has increased to 8.1 years.

Despite this increase, the UK is still behind other European countries who keep their cars for 11.1 years on average, and the US who have an average ownership lifespan of 11.8 years.

High mileage cars are cheaper than their low mileage equivalents and have now become more appealing because they’re likely to last longer. However, if you plan to keep your car for six years or more, you will be at a greater advantage if you buy it when it’s considered to be low mileage.

Cars averaging less than 12,000 miles a year that have been well maintained and cared for should have a longer lifespan. In addition, it will take them longer to get to the 150,000 mile landmark, giving you more time to clock up those miles yourself.

Here at Victoria Motor Company, we specialise in supplying low mileage cars. Typically, our stock have completed less than 30,000 miles with only one previous owner and a full service history.

We understand that used cars need to have been looked after to be in the best condition possible as well as having a desirable number of miles on the clock.