How To Take Advantage of the 2017 Tax Changes 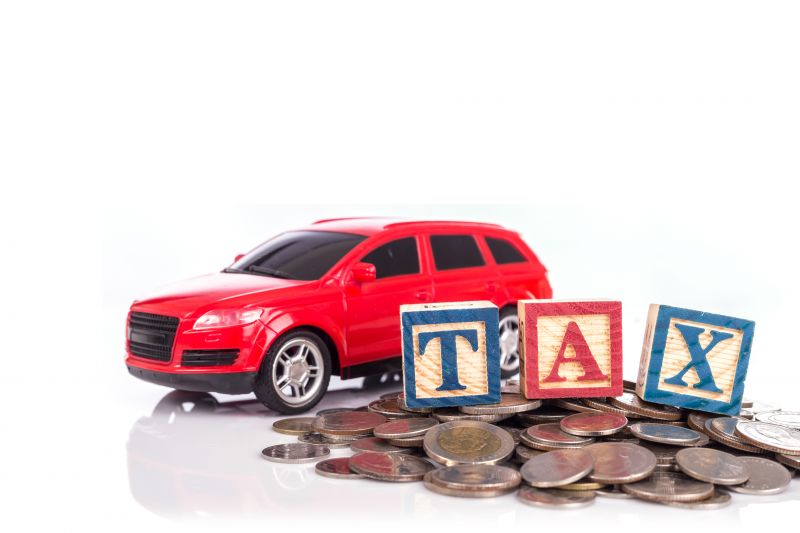 Car tax, also known as road tax or VED (Vehicle Excise Duty) is a legal requirement for any vehicle registered in the UK if it’s being used or kept on a public road. The rules and rates for car tax changed significantly with the introduction of a standard rate of tax for any new car registered after the 1st April 2017.

While this actually reduced the amount of road tax payable for some vehicles, for most it increased the yearly bill. The good news is that you can take advantage of these tax changes when you buy a used car that was registered on or before the 31st March 2017.

HOW DID ROAD TAX CHANGE?

In the 2015 summer budget, former Chancellor George Osbourne announced big changes to Vehicle Excise Duty which was originally introduced in March 2001. Previously, road tax was solely based on a vehicle’s CO2 emissions with different tax bands for set levels of CO2 output.

This system came at a time when new car emissions in the UK were 178g/km on average. Thanks to improved engineering and stricter standards, the average CO2 emissions for new cars in 2018 was 121g/km.

Any new car registered after the 1st April 2017 is subject to the new road tax rules. The first year rate is still based on CO2 emissions; however, only cars that produce 0g/km of CO2 (100% electric cars) and cost less than £40,000 are eligible for £0 VED.

In this new system, cars are divided into three categories: zero emissions, standard and premium. The CO2 output banding system is only applicable to first year tax costs; the three category system then takes over from the second year onwards.

A standard rate of £140 is applied to all cars producing more than 1g/km of CO2 that cost less than £40,000 when purchased new from year two onwards.

If, however, your car cost more than £40,000 it falls into the premium category and will be subject to a standard rate of £450 from year two onwards.

Similarly, if your car produces 0g/km CO2 emissions (zero emissions) and costs more than £40,000 you won’t have to pay anything in the first year, but you will be charged £310 road tax from year two onwards.

Cars that are registered before the 1st April 2017 will continue to pay the VED rates from March 2001 even after the new tax bands come into force. Therefore, any car with a ’51’ to ’66’ number plate won’t be affected by these changes. If you want to check when a car was first registered you just need to put the vehicle’s registration number into the gov.uk website.

In his 2017 Spring Budget, Chancellor Phillip Hammond outlined further changes to car tax rates that would be in force from the 1st April 2018 for both new and used cars. Largely, they affect diesel owners and people thinking about buying a new diesel. Any new diesel car that doesn’t comply with RDE Act 2 (RDE2) emission testing will have their first year tax calculated as if they were in the VED band above from the 1st April 2018.

HOW CAN I TAKE ADVANTAGE OF THE OLD CAR TAX SYSTEM?

The standard rate of road tax for cars with CO2 emissions between 1g/km and 130g/km (VED bands A – D) that were registered after the 1st April 2017 is significantly more expensive than their older counterparts. Rather than paying between £0 – £120 for the second year onwards, owners are forced to pay £140. This is where it becomes more cost effective to search for a used version of the same model.

For example, a 17 Plate BMW 1 Series 116d 1.5 M Sport with CO2 emissions of 106g/km registered before the 1st April 2017 would only cost £20 to tax every year. However, if you were to buy the same car brand new today, you would have to pay £140 for the first year (compared to £0 in the first example) and a further £140 every year thereafter. The price difference is £120 every year, which over a four-year PCP contract works out as a saving of £480 by opting for the used version.

Of course there are benefits to choosing a new car over a used one. Every new car comes with a three year warranty as standard, new cars don’t need a MOT for the first three years and there’s the obvious status symbol that the latest model gives you. What some people don’t realise is that the new car warranty is transferable to the next owner as long as it hasn’t expired.

Some new cars come with longer warranties, for example, all Kia cars have an industry leading seven year warranty, whereas Hyundai and Toyota models are equipped with five years and Renault offers a four year warranty as standard. So, if you pick a car that is only two years old, you will also benefit from the new car warranty and you won’t need to have it MOT’d for a whole year.

*Applies to diesel vehicles that do not meet the real driving emission step 2 (RDED) standard.

**Cars with a list price of over £40,000 when new pay an additional £310 per year on top of the standard rate, for the first five years before returning to the rates listed above.